This year was the last year for the HOD. 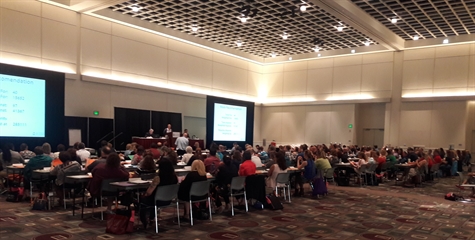 Positions statement ideas will be brought before the AOD which will then be decided by the AOD that would like to see sent to the National Board to look at and then they would create a work group who will oversee doing the research and putting together a position statement that will be presented to the AOD.
I really like this because the approved position statement will not just be placed on the National AMTA website and forgotten. The position statements are written in a format that can be published in medical journals. I am looking forward to continuing to be involved with the AOD as it changes and grows. 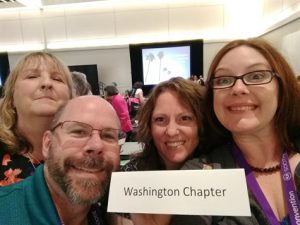 This position statement did pass by 119 that were in favor and only 18 against and I was one of the 18 against. Both Pro and Con debates were good and both had valid points.

I feel the main reason it passed was because at the opening session National stated that they have 23.5 million in reserve. So, a lot of the delegates were stating that if National has this much in reserve then they could afford to give the chapters the funds, especially the smaller chapters that are struggling. This recommendation passed with 83 for and 54 against.